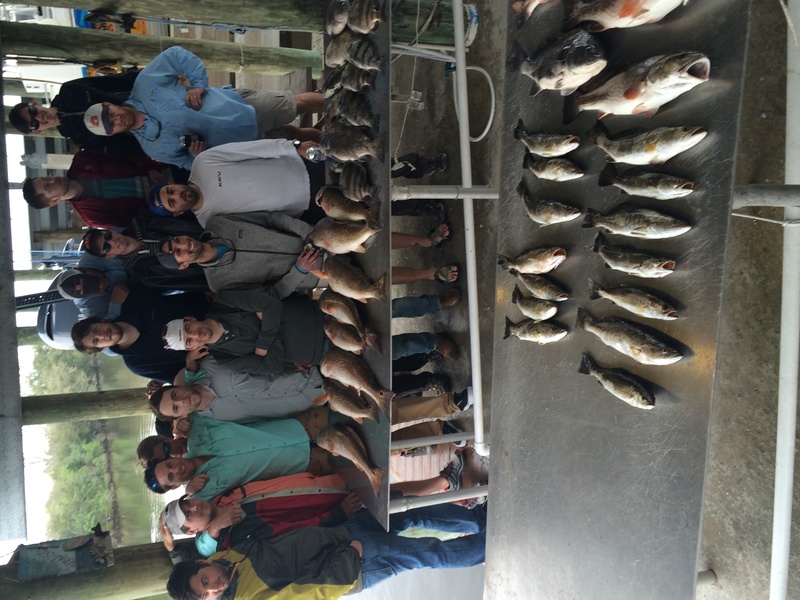 Just got a new mac in the office so no more excuses.  I will be keeping current with fishing reports and posting pictures of all future trips in timely manner.

2014 has passed and it was a great one.  The shrimp took a little while to start running due to last years brutal winter but when they did the trout showed up in Breton Sound in full force.  The redfish, drum, and sheephead kept us busy until April though.  Lots of limits of trout all the way through December with live shrimp still being available.  Some of the largest stringers of trout came mid summer from fishing the barrier islands!  The fall and winter has been a blast also with an incredible bite minutes from the dock.  The last two weeks has produced trips with limits of reds and plenty of puppy drum and sheephead for the table also.  Now that we are in mid January, trout fishing will be better on warmer days, but plenty of big fish always an option.  Looking forward for another great year in 2015!